In the new age of education, parallel teaching and activity clubs have acquired a new meaning. As generally understood, parallel teaching is to facilitate the students into better understanding by letting more teachers than one cover the same essential concepts but in different ways, so the students have opportunities to gain better and wider perspective and to have a chance to absorb it more by giving more time to the concept. Various activity clubs as such were augmenting the knowledge base of students.

In the current scenario, clubs like Astronomy Clubs are used not just as parallel teaching for better understanding but to introduce the students to another domain of knowledge. These Astronomy Clubs are a great success as a parallel form of teaching because they complement the curriculum; they catch the interests of the students, introduce new things and new experiences and also give a platform to take their interests further into serious studies. 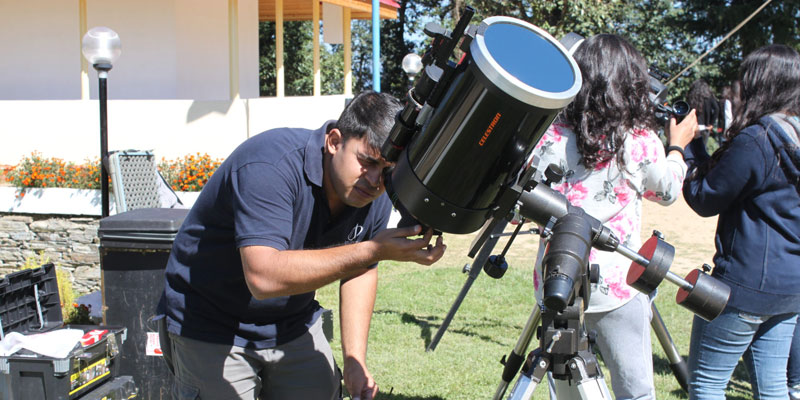 2. Further studies as a part of the activities in astronomy clubs are to make the students understand the patterns in movements of the celestial objects. Observance of these patterns and their connection to the physical phenomenon on earth, the change in seasons, the day to day and the monthly cycles of astronomical objects become important milestones to a serious study of Science in the school curriculum. The phases of the moon and the occurrences of eclipses are phenomena which are not just of scientific importance but are observable phenomena that directly ignite the curiosity of the young minds.

3. Astronomy Clubs are a common ground for shared interests. These are also an active platform for meeting new people and exploring new opportunities. Astronomy is a field of study which never becomes old as the vast subject has something or the other new to offer, and astronomy clubs are the place to learn about the new things and new research going on in the field and to listen to various science talks. In these astronomy clubs, people can always share and discuss new techniques and find out about the new equipment of observation.

Like the force of gravity that holds the solar system together and many more such solar systems together, these astronomy clubs are a force to keep the astronomy enthusiasts together so that they can grow, learn and gain from each other’s knowledge and experiences.

Importance Of Astronomy Clubs In Schools