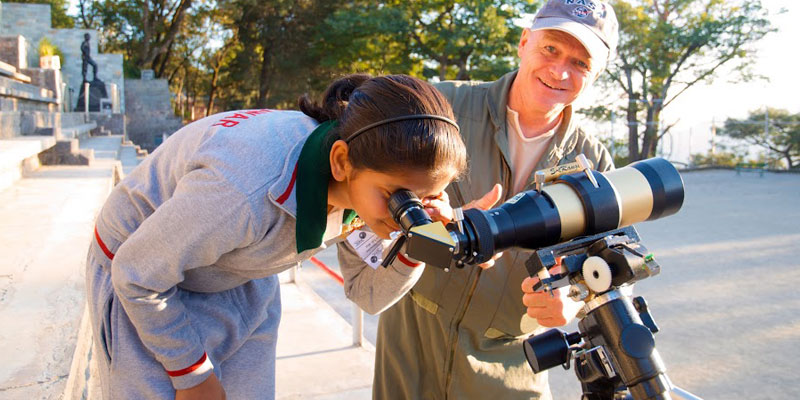 The inquisitiveness of the vast sky up there and all the different celestial objects that decorate it is enormous. The wonder associated with gazing at the sky and getting to know those mysterious far way things up there is shared by many people of all ages across the boundaries of nations.

Astronomy Clubs are a great way to share these common interests and engage people of all age groups in looking up and thinking about the vast sky. The study of astronomy is a well-defined science, but it begins with the amateur astronomers whose passion is to look up at the sky. Ranging from serious scientific data collection projects to organizing star parties, astronomy clubs can undertake a variety of activities:

One of the most popular activities conducted by astronomy clubs, star parties are about coming together, sharing food and the experience and excitement of observing celestial objects together. Star parties are a great way to meet fellow astronomers and astronomy enthusiasts, share your own astronomy experiences, learn from more experienced and teach to the newer ones. Organised around some prominent celestial event like a comet shower or an eclipse, these parties are buzzing with a lot of excitement where people observe some common objects and some search for some new objects.

Astronomy Clubs also undertake naked sky observations. There are many objects that can be seen and identified with the naked eye. In fact, identifying planets like Venus, Mars, Jupiter or Saturn is a skill that amateur astronomers want to learn. Hopping from one star to another and identifying the various objects from our naked eye is a passion and takes the knowledge of the night sky orientation. In Astronomy Clubs, participants understand how different objects move in the night sky and take different positions in different seasons, how stars in a constellation make interesting shapes and remain relatively fixed to other. Orion Constellation and its stars like Rigel and Betelgeuse are another important naked eye objects.

Depending on the interests and the experience of the Astronomy Clubs members, a telescope can be purchased. Many simple objects can be observed using relatively inexpensive telescopes. Moon gazing is a very enriching activity. Observing the craters of the moon and even identifying them is a very involving activity. Jupiter along with its moons can be observed in detail, as well as the Saturn and its rings. The Orion Nebula is also an object of interest. Once the Astronomy Club members are more seasoned, they can also start off with astrophotography using cameras, tripods, and telescopes.

Astronomy Clubs can also undertake various group activities like designing a sky map. Making a sky map on their own involves the participants and gives them an understanding of the directions in the sky and the movement of various objects in the sky. It also explains a very proficient manner how the sky rotates with respect to the earth. Crater making is another fun activity where participants have a lot of fun creating craters on an artificial moon surface simultaneously understanding the science associated. Various other activities to understand a different cosmological phenomenon like the orbits of the moon and the planets or the eclipses can be conducted in Astronomy Clubs.

: Astronomy Club, Astronomy Clubs
Previous Post Educational Program- The STEM Approach Next Post What to look for in a Robotics Workshop?

Importance Of Astronomy Clubs In Schools